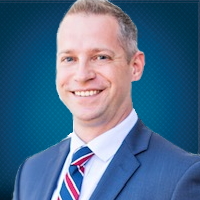 Dr. Tyler Neal was born and raised in Bloomington, IL. He is a Bloomington High School and Illinois Wesleyan University graduate. While at IWU, he played wide receiver for the football team and was a three-year letter winner. He also participated in Track and Field where he earned two letters, set multiple school records, and was selected MVP his senior year. Dr. Neal received a Master’s Degree in Biomedical Sciences from Barry University in Miami Shores, FL. He attended medical school at Lake Erie College of Osteopathic Medicine at the Bradenton, FL campus. At LECOM he was elected and served all four years as Class President. He was also selected into the Sigma Sigma Phi honors and service fraternity and was presented with the LECOM Leadership and Service Award after his fourth year.

After residency, Dr. Neal went on to pursue additional training in orthopedic sports medicine at the prestigious San Diego Arthroscopy and Sports Medicine Fellowship Program. There, he had the privilege to train under the former head team physicians for the San Diego Chargers and the San Diego Padres. While in San Diego, he worked as a team physician for San Diego State University, the San Diego Gulls of the American Hockey League, as well as several local community colleges and high schools.

Dr. Neal has a special interest in arthroscopic, sports, and shoulder surgery. His fellowship provided him advanced training in sports medicine and minimally invasive arthroscopic surgery, as well as complex shoulder repair, reconstruction, and replacement.

Dr. Neal and his wife Sarah, also a Bloomington native, are honored to return home to the community that helped raise them. In his free time, Dr. Neal enjoys spending time with his wife and three children, working out, playing golf and watching sports.